Subscribe to our newsletter
No spam, only meaningful updates and relevant resources
Thank you! Your submission has been received!
Oops! Something went wrong while submitting the form. 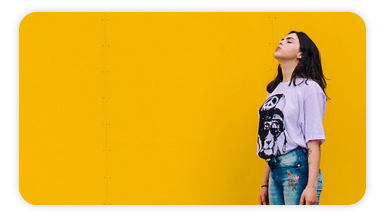 Join our Stress Management Workshop
August 15th in Vancouver, BC

Attend our Stress Management Workshop
August 8th in Vancouver, BC 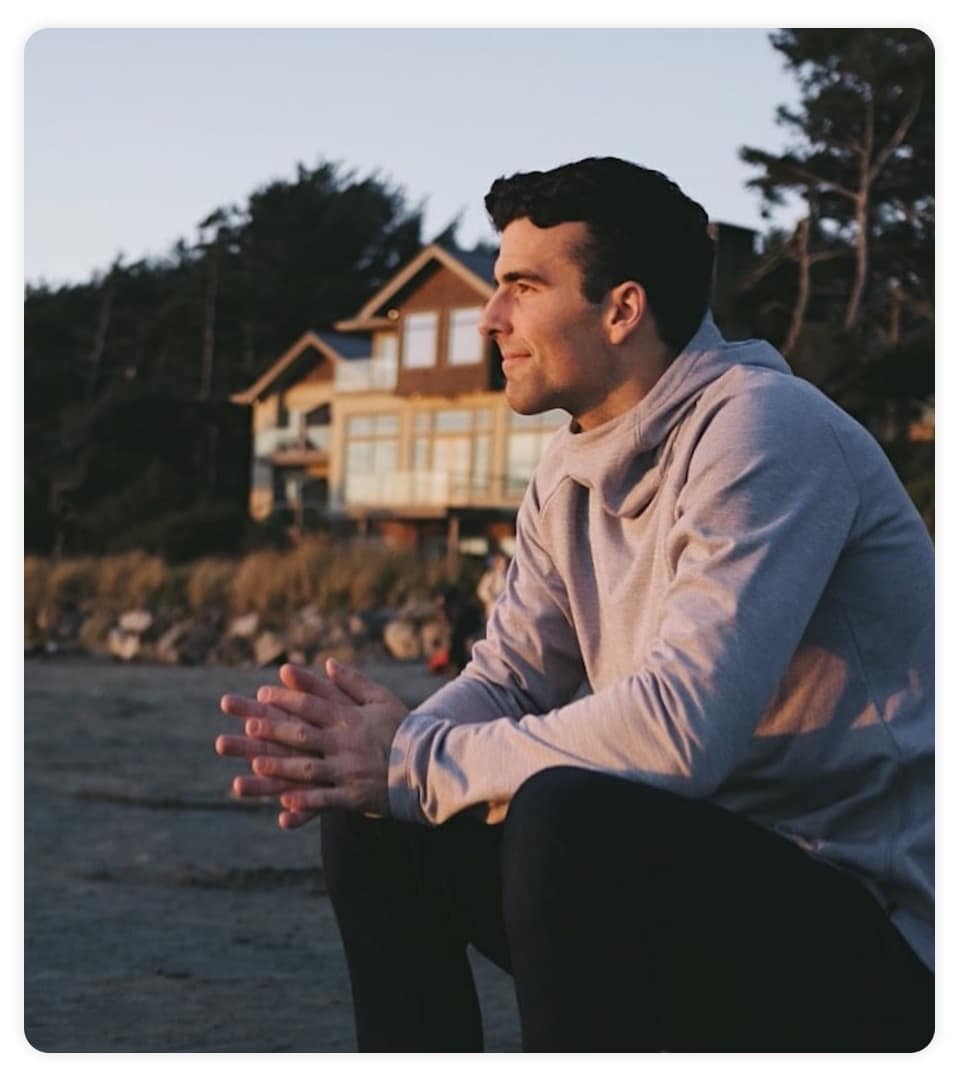 We are more than we appear to be

My name is Ed Blunderfield and I am the founder of Open Dialogue. When I was a kid, I wanted to be Spider-Man when I grew up, but ended up as a corporate management consultant at BCG.

Shortly after arriving at BCG in 2012, my father introduced me to an A.I. computer program, built two decades earlier, called "Overcoming Depression". It ran on MS-DOS and hadn't been updated in over 10 years, but it was capable of conversing with its users in everyday human language.

The program sparked a life-altering shift for me. I discovered how powerful my mind is, and was shocked by how much it had been working against me. I became fascinated by humanistic and transpersonal psychology.

This inspired me to build technology that helps us own our great creative potential as humans. So in 2015, together with my father (a psychiatrist) and a friend, I started to build an app inspired by Overcoming Depression.

Since then I have been combining this technology with my professional coaching services, guiding people who want to make major shifts in their personal and professional lives.

I invite you to reach out if you'd like to learn more about Open Dialogue and my client work. 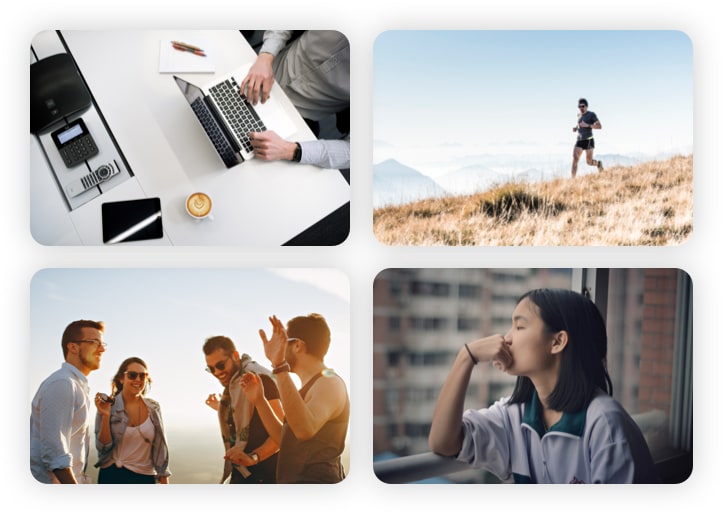 What do you really want?

We exist in an incredible world with so much possibility. That being said, we all struggle at times to find clarity, confidence and motivation. Our own thinking is the greatest barrier between us and what we want.

Open Dialogue is designed to help you identify want you truly want and let go of the self-imposed limitations that hold you back.

How will you get there?

You're not alone on your journey. You don't have to figure out everything on our own.

Open Dialogue is an interdependent experience—a relationship you can use for your own personal growth.

I can help you find clarity and develop the roadmap and skills required to make meaningful progress. 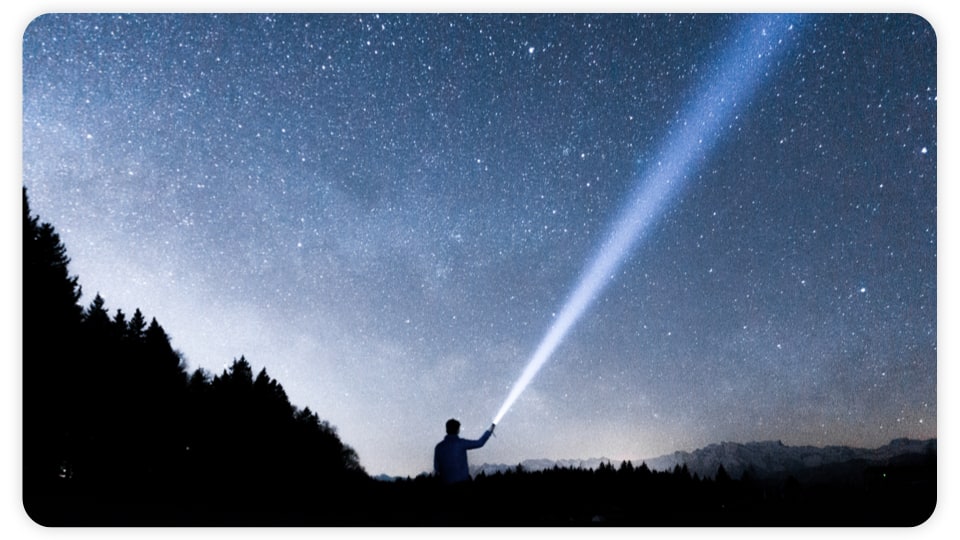 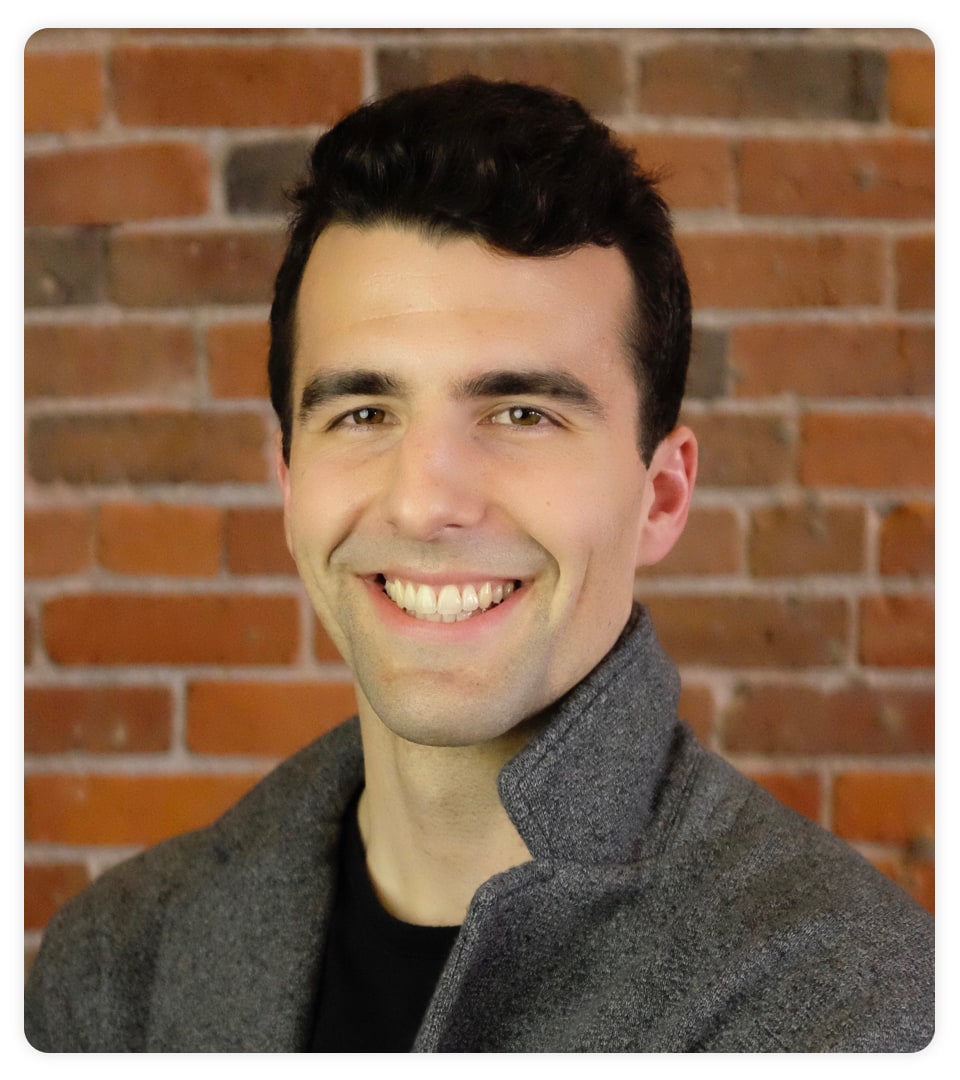 Who do you want alongside you?

I have devoted much of my adult life to studying human development, and I consciously experiment with what I am learning in my own life.

I am a certified Integral Coach™, trained in Cognitive Behavioural Therapy (CBT) with the Beck Institute, and I actively work with my own professional coach. I am also a transformational speaker who has worked with audiences ranging from 5 to 500 people.

I live in Vancouver and travel the world to learn, play (kite boarding and running) and enjoy life with my family.

My top five personal values are:

What tools do you have with you?

After your first live session, you will have 24/7 access to an A.I.-based Open Dialogue app.

This gives you real-time feedback so you can cultivate greater self-awareness and reinforce healthier, more creative ways of thinking.

Welcome back. What's on your mind?

I'm struggling to get motivated today

It seems you feel blocked in some way. What else can you tell me about this?

You are as powerful as you think. 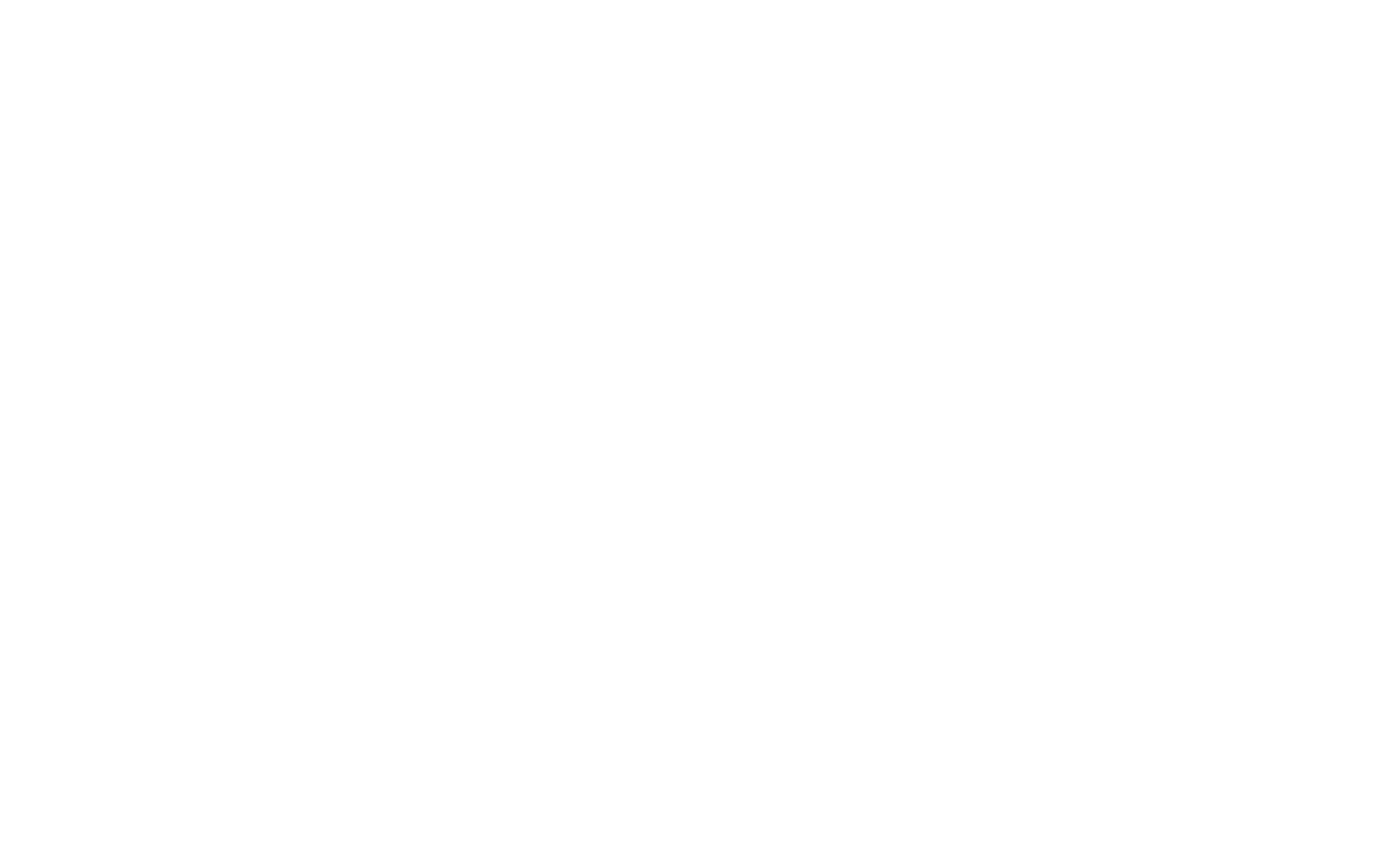 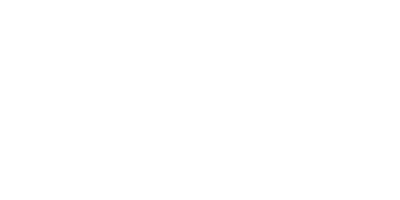 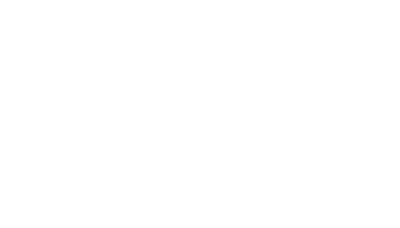 “I have discovered my ability to live creatively and with intention. I feel extremely grateful to have gotten the chance to work with Ed.” 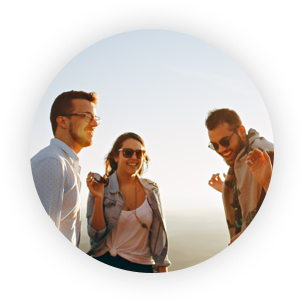 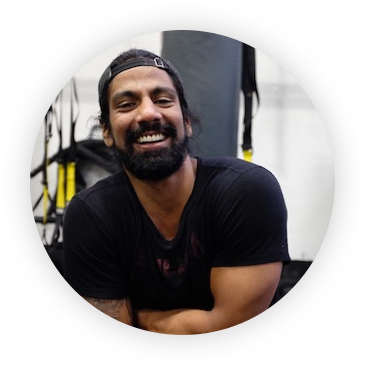 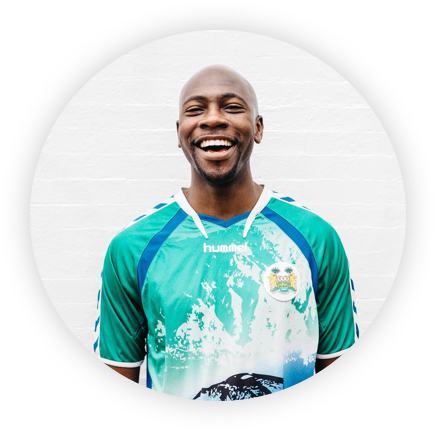 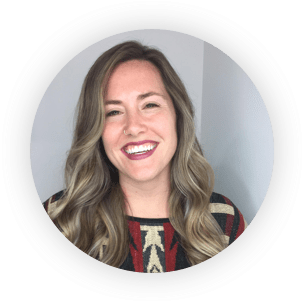 “The Open Dialogue app is like a mirror for my mind that helps clarify and illuminate my thinking.” 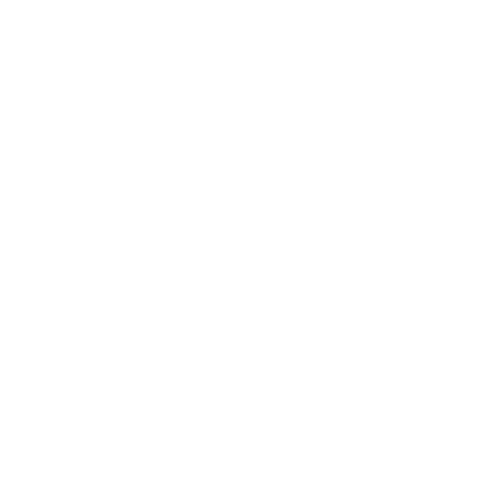 Explore your needs, wants and passions openly and clarify where to apply your efforts.

Uncover insights that will help you take on challenges with greater confidence.

Learn how to cultivate sustainable motivation through greater self-awareness.

Try the beta for free ›

It's nice to see you again. I am curious to hear more from you.

What generally brings on this frustration?

I'm really struggling at work and watching my relationship fall apart at the same time. I feel useless and don't know what to do.

It sounds like you have a lot going on right now. How about we start by talking about what's going on at work?

An new way to manage stress.

Open Dialogue is a chat-based system that talks to you about stressful situations so that you can gain new perspective and greater awareness.

It allows you to express yourself in your own words and responds in meaningful everyday language.

These responses are designed to expand self-awareness by calling attention to aspects of your situation and thinking that you may not have considered.

Anonymous. Encrypted. For peace of mind.

Every design decision in Open Dialogue begins with the safety and privacy of your data in mind.

Create an account without using any personally identifiable information — not even your email address.

All dialogues are encrypted using multiple techniques and supported by Amazon Web Services, the largest and most secure infrastructure provider on the planet.

I want to explore this more with you over time. With some patience, curiosity and experimentation, I trust we will make discoveries.

What else can you help me with?

I can listen and ask good questions. I hope to help you uncover insights that will lead to progress for you.

You can work with Open Dialogue whenever and wherever is most convenient and comfortable for you. It is always ready, accessible and interested in what you have to say.

The program does not suffer from fatigue, boredom, problems of its own, or burn-out from emotional overload. If offers you its full attention.

Constantly learning. Helping you and the rest of the world.

At times, the program may make mistakes in interpretation. With a spirit of tolerance, these mistakes can be easily forgiven and you can simply restate your message in different words.

Each interaction with Open Dialogue helps to make it a more nuanced conversational partner. By working with it, you are supporting something that can help many people around the world.

Try the beta for free ›

Open Dialogue blends professional coaching with A.I. to help you unlock your potential

Continue exploring
How it worksFAQResourcesContact us
Subscribe for updates
Thank you for subscribing!
Stay tuned for more updates.
Oops! Something went wrong while submitting the form.

By entering your email address you are providing us with consent to send you updates and information about Open Dialogue. We will never share your email or spam you.